Members have a wholly strategic view of the Trust, setting out the vision and values and ensuring that they are adhered to. Click the links below for more information about the Members.

Dr John Sentamu graduated in law from Makerere University, Kampala and is an Advocate of the High Court of Uganda. He practised Law both at the Bar and at the Bench before he came to the UK in 1974. He read theology at Selwyn College Cambridge where he gained a Masters Degree and a Doctorate. He trained for ordination at Ridley Hall, Cambridge, then part of the Cambridge Federation of Theological Colleges. Following his ordination in 1979 he served as Assistant Chaplain at Selwyn College, Cambridge. From 1979-1982 he was Chaplain at HM Remand Centre Latchmere House and Curate of St Andrew’s, Ham in the Diocese of Southwark.

From 1982-1983 he was Curate of St Paul’s Church, Herne Hill, in South London and from 1983-1984 Priest-in-Charge at Holy Trinity, Tulse Hill and Parish Priest of St Matthias Upper Tulse Hill. He then became Vicar of the joint benefice of Holy Trinity and St Matthias from 1984-1986. Between 1987 and 1989 he was also Priest-in-Charge of St Saviour Brixton Hill. He was appointed Bishop for Stepney in 1996, Bishop for Birmingham in 2002 and Archbishop of York in 2005. He is a Fellow of the Royal Society of Arts.

He is Primate of England and Metropolitan, a member of the House of Lords and a Privy Councillor. From 1997 to 1999, he was Adviser to the Stephen Lawrence Judicial Inquiry and he chaired the Damilola Taylor Murder Review, 2002. He chaired the NHS Sickle Cell and Thalassaemia Screening Programme from 2001 to November 2013. He supported and advised workers affected by the closure of the Rover car plant in Birmingham and campaigned against guns, knives, drugs and gangs throughout the Midlands, after the killings of Charlene Ellis and Letisha Shakespeare and worked hard to ensure that their killers are brought to trial.

Between 2002 and 2004 he was Chairman of the EC1 New Deal. He became President of Youth for Christ in 2004 and President of the YMCA in April 2005. In 2009, he set up his Youth Trust and also launched his online charity Acts435 – for anyone who has need. In 2013, he chaired an independent Commission on the future of the Living Wage; this followed from his work as Sponsor of the Fairness Commission in York.

The Right Reverend Paul Ferguson was born and brought up in Birkenhead on Merseyside. He went to New College, Oxford as Organ Scholar where he studied music. He trained as a teacher and briefly returned to his old school as a staff member. Alongside his organ playing and teaching he had the opportunity to see closely the daily work and ministry of a parish priest, and so it was that he went to Westcott House, Cambridge as an ordinand, taking a theology degree at King’s College.

He was ordained to a title post at St Mary’s, Handbridge, Chester. He went on to Westminster Abbey, where he was first Chaplain (where his duties involved the pastoral care of staff and worshippers) and then Precentor (with responsibility for the Abbey’s daily and special services). In 1995 he came to York Minster as Precentor and Residentiary Canon, and in 2001 was appointed Archdeacon of Cleveland on the retirement of Christopher Hawthorn. He was consecrated as Bishop of Whitby in June 2014.

He is author of Great is the Mystery of Faith: exploring faith through the words of worship (Canterbury Press)

He is a member of the Church of England’s Porvoo Panel which oversees links with the Scandinavian and Baltic Lutheran churches.

Jonathan comes to York Minster and Yorkshire from the Diocese of Winchester, where he    served as Suffragan Bishop of Southampton from 2010-2019.   He also served as an Honorary Assistant Bishop in the Diocese of Portsmouth.

Jonathan represented the Suffragan Bishops of the Province of Canterbury at General Synod.  He is a Trustee of USPG (United Society Partners in the Gospel). Prior to his Southampton years, Jonathan was Anglican Chaplain at the University of Surrey, Residentiary Canon at Guildford Cathedral and the Bishop of Guildford’s Adviser for Inter-faith Relations.  He previously served as a parish priest in Ash and in Nottingham where he was also police chaplain.

In the Diocese of Winchester, Jonathan focused on prayer and growing disciples, building strong community relations and engagement with young people.  He was Chair of the Joint Portsmouth and Winchester Diocesan Board of Education overseeing the work of 160 schools.  For the last eight years, Jonathan led an Annual Diocesan Pilgrimage to the Taizé community in Burgundy, France.

Jonathan co-founded Love Southampton, an initiative which involved churches partnering with Southampton City Council on a number of projects for the common good.

Jonathan is married to Christine and they have three grown-up children, Hannah, Ben and Jake.

For Jonathan, Fulham Football Club and Test cricket are passions that endure.  Sea swimming, walking and time spent with family and friend are, for him, intimations of heaven. 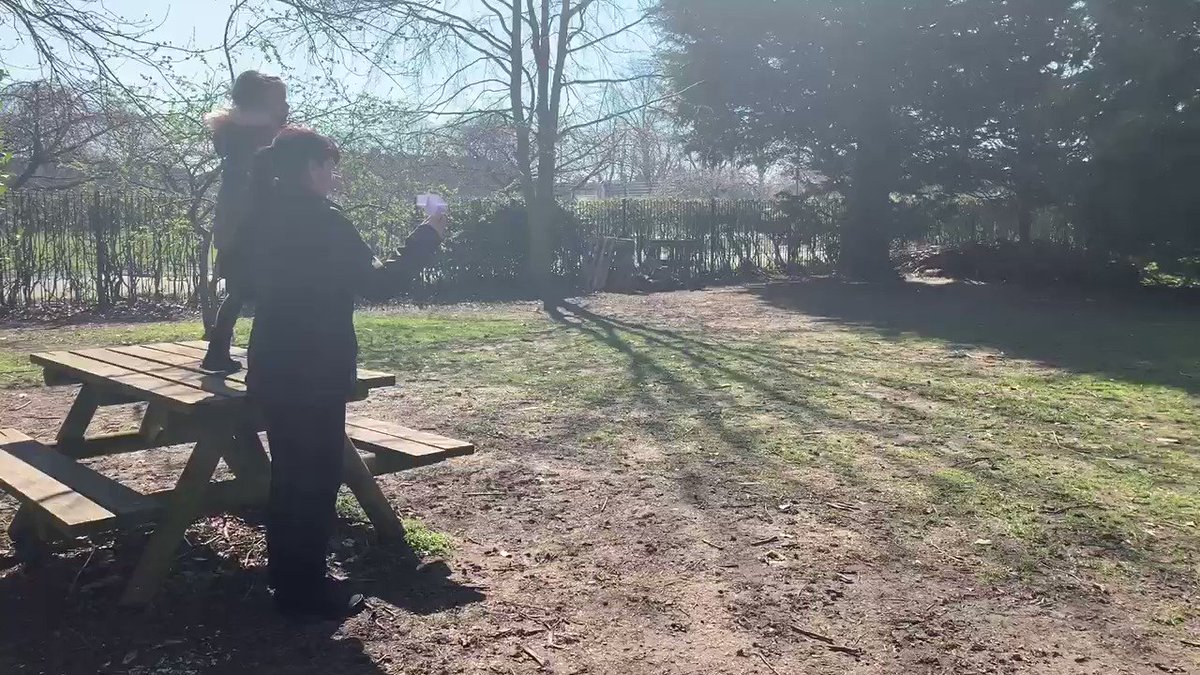 Today the children in school have made this beautiful rainbow for everyone. 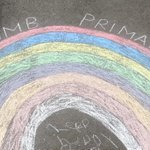 Did you #clapforourcarers tonight? A huge thank you to our amazing, real life superheros 👏👏👏 #care #inspire 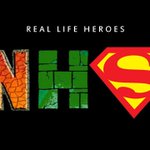 What a lovely surprise for staff this morning. A Betty's hamper from a very kind pupil. Thank you so much! #care @bettys1919

Cake for breakfast 🍰 why not! Happy birthday to the Amazing Mr Thompson for today and Our super star Mrs Opie #everymomentcounts 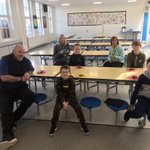 Today the children in school have been painting some colourful rainbows. Have you got one in your window? Stay safe everybody! 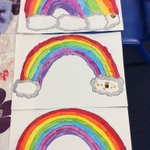 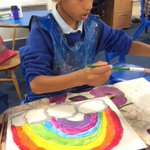 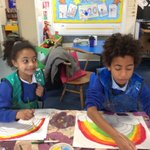 At this time of uncertainty it can be difficult to calm our thoughts... remember the parts you can control... #covid19 #positivethinking #ReframingThinking 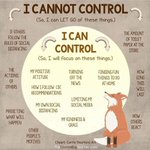 Saw this and thought our @PathfinderMAT and @DioceseOfYork church school pupils might love something that combined reading the Bible with being creative. Looks fun to me. I may join in too. 😉 https://t.co/S954wZxf4d

I hope that our families can join with this at 8pm. A great activity just before bed. @TangHallPrimary @PathfinderMAT 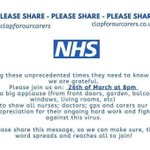 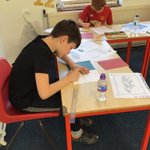 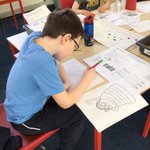 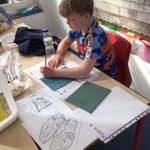 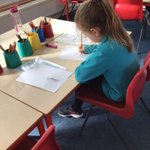 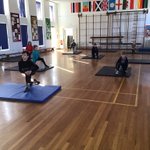 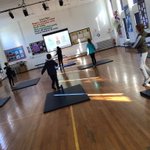 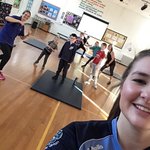 More baking with our amazing chef Sarah this morning for our children of critical workers. Shortbread today @PaulHollywood @jamieoliver @educationgovuk 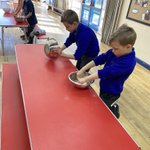 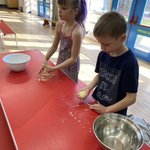 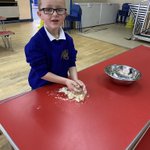 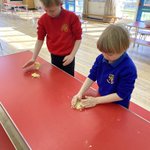 Hope you have all enjoyed another good day at home! We had a picnic in the sun today whilst we were at school!! More pics please.. Looking for a virtual head teachers award to give out!!😊

Our rainbow is up! See if you can spot it on your way past school! 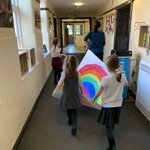 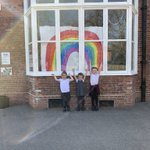